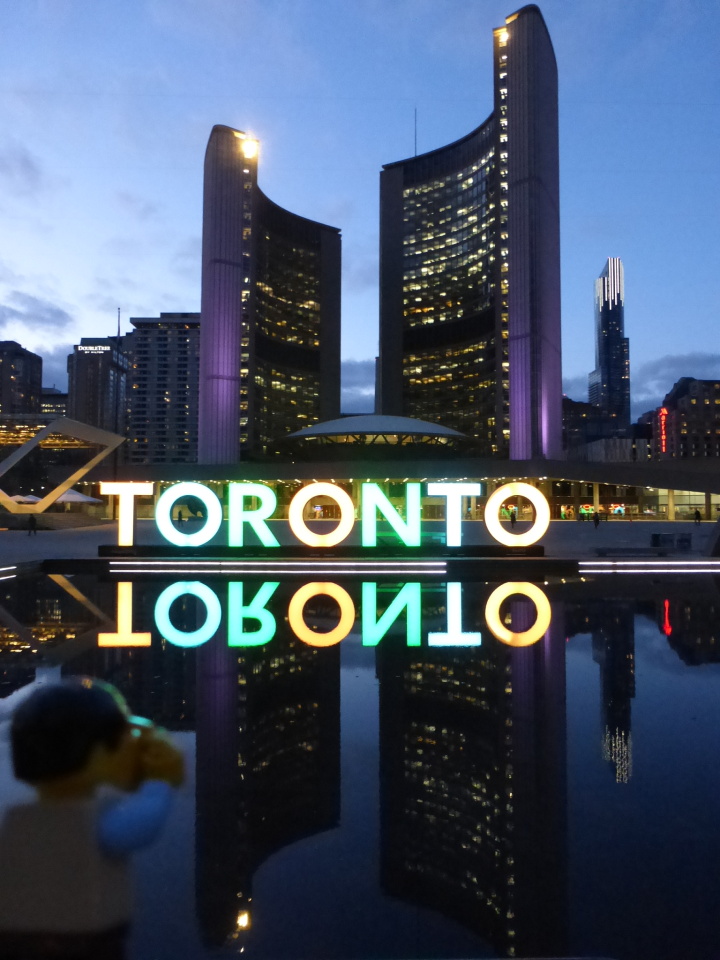 The giant, multi-coloured Toronto sign installed near City Hall for the Pan Am Games was in the news in the past few days for many reasons, so LegoGuy wanted to see what the fuss was all about. In the recent news:
1. A brand consultant sued the city for $2.5M saying they stole his idea
2. The city decided to make the installation permanent. The cost to taxpayers? About $150K through the end of this year.
3. There is talk of a smaller sibling sign that can go touring. Enjoyed reading [url=http://news.nationalpost.com/toronto/chris-selley-councillors-want-a-touring-version-of-the-toronto-sign-then-make-it-reflect-the-real-city]a writer’s suggestions for that touring sign[/url]